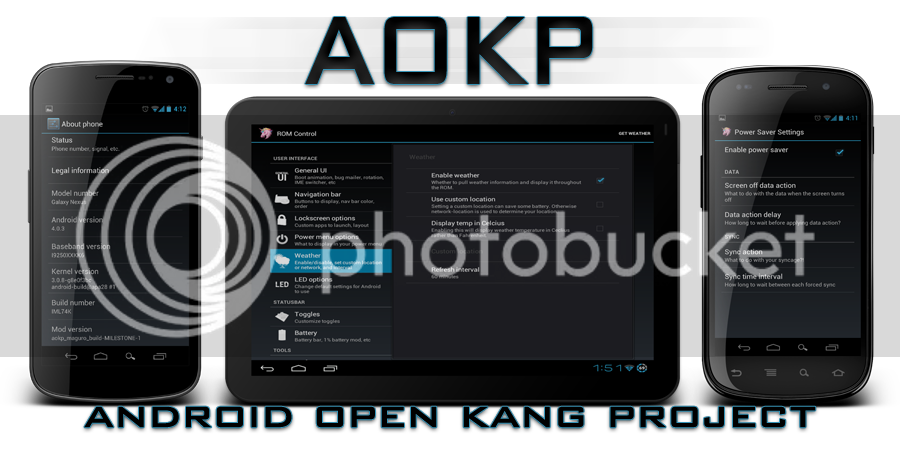 We spend countless of hours doing this for next to nothing. Posts, views, and donations encourage me, and everyone else who helps out.

Every donation is cherished and loved.

If you'd like to help contribute by writing code, feel free to stop by IRC and talk to us!

Check out the ROM source on github. Open source, in the spirit of community kangage.

If you'd like to help with AOKP, please don't hesitate to contact me. I'd love to get as many developers in on this as possible!

* can't update maps in market (wrong signature error)
* I personally can't purchase apps through the market, however I was able to easily do it on my phone's browser, just a little more hassle, not sure what's causing this
Zum Vergrößern anklicken....