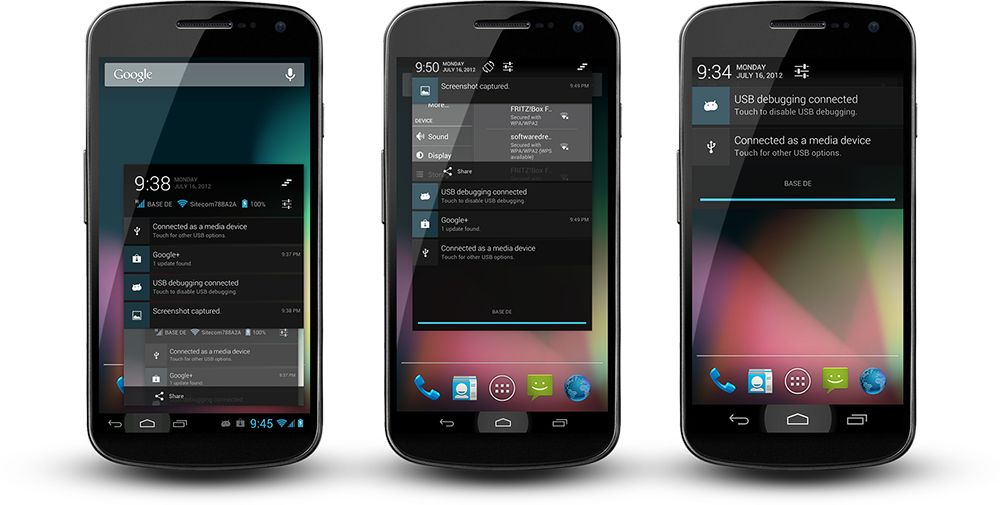 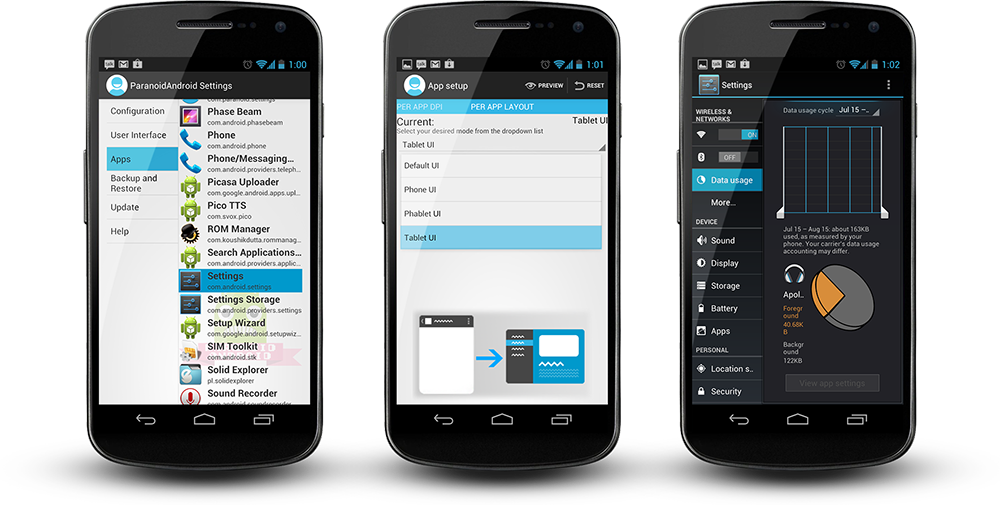 Changelog - v1.97
New option: "large" to trick an app thinking the device has a real big screen. some need it, like amazon kindle to jump into tabUI. some even react on it, gdrive will slightly adapt its layout - makes only sense if you give it a small dpi though.
The algorithm to extract the actual layout containers from apk files works more precise and can reveal more than before. there will still be a few apps left who do that layout stuff in java - we will add an override button for that, but in the meantime you can edit /system/etc/paranoid/properties.conf .layout=360 for phone-like UI, 600 for phablet, 720 = tablet, 1280 = super huge tablet
Several bugfixes from us and cm

Changelog - v1.96
Breakthrough: We can finally target the actual layout containers inside the apk. If an app brings only phoneUI, you see it right away as you only have one UI option. If it brings ten, you will be able to pick each one of em. We're finally away from this Phone/Phab/Tab nonsense.
Total Hybrid engine revamp, alot less clutter, many bugfixes, apps wont make jumps when you load them up because their actual size is calculated by the engine.
Panel is still growing. It brings new options and new preferences that can even change android system settings.
All recent cm10 patches and fixes