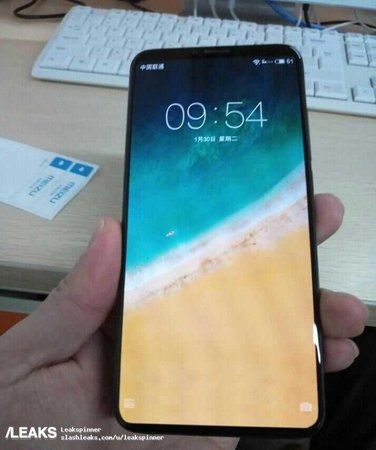 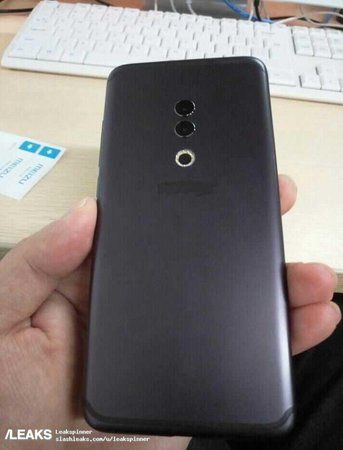 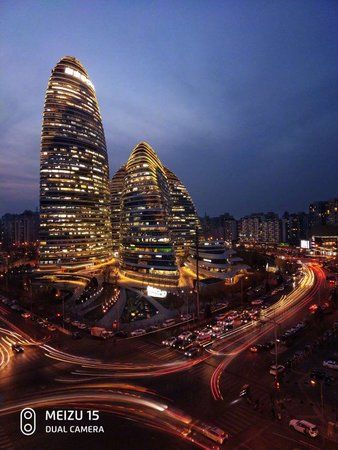 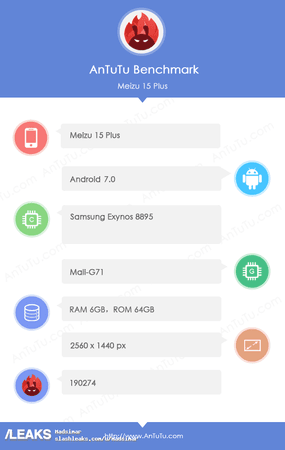 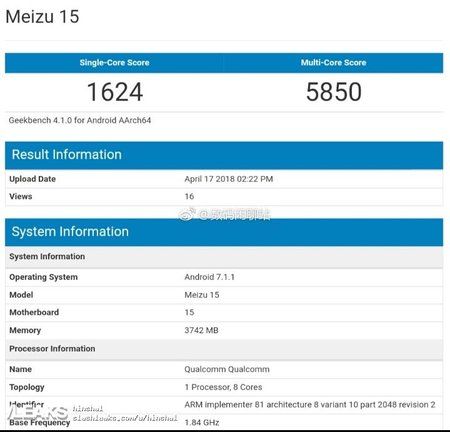 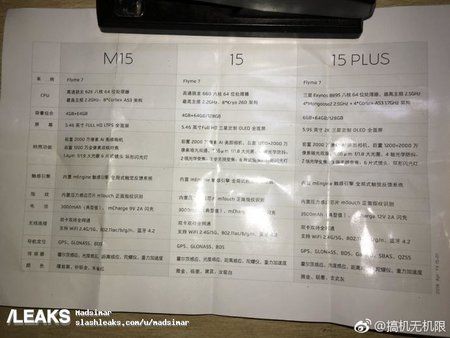 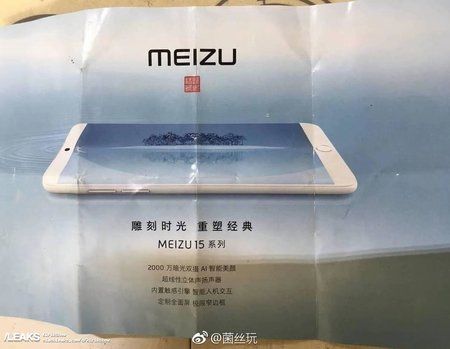 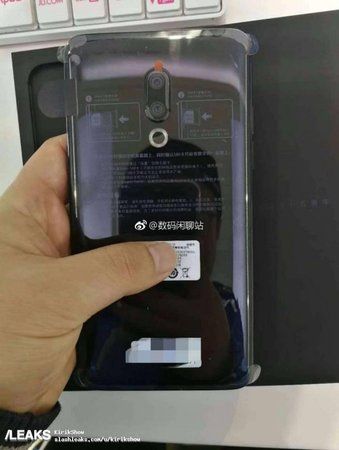 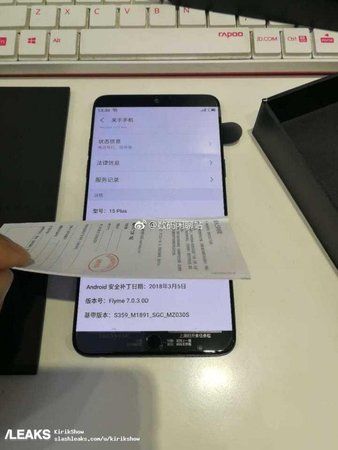 Meizu unveiled a trio of phones with an interesting selection of chipsets. The top two models use Samsung-sourced Super AMOLED screens with 16:9 aspect ratio, bucking the trend of taller screens. They also get dual cameras with OIS and 2x telephoto, the “lite” version sticks to just a single camera setup.

Plus means big, but not huge – the Meizu 15 Plus has a 5.95” screen, an AMOLED panel with QHD resolution. With no notch or taller screen, Meizu has cut the bezel down to just 1.175 mm - the narrowest bezel in the world.

The screen will be showing you the colorful UI of Flyme, Meizu isn’t big on pure Android. It's a brand new version of Flyme, v7.0, which claims 100 innovations and improvements. It has "AI" features crammed into every nook and cranny, including what sounds like gesture control (hence the quotes).

Anyway, the phone is powered by an odd choice of chipset, the Exynos 8895 from last year’s Samsung flagships. The 10 nm chip still offers plenty of oomph, especially with its Mali-G71 MP20 GPU. There’s 6 GB of RAM and storage is either 64 GB or 128 GB (there’s no card slot).

The Meizu 15 Plus packs a 12 MP + 20 MP dual camera on the back - they claim it's the best camera Meizu has used yet. It comes with both OIS and EIS stabilization. The main sensor measures 1/2.3" and has large 1.55 µm pixels. It sits behind a lens with a f/1.8 aperture and 4-axis optical image stabilization along with EIS for extra stability. The second sensor has a 2x telephoto lens (Meizu promises 3x “lossless” zoom). The camera is said to feature multi-frame noise reduction and HDR alghorithm at Huawei P20 level.

The selfie camera is a 20 MP shooter. 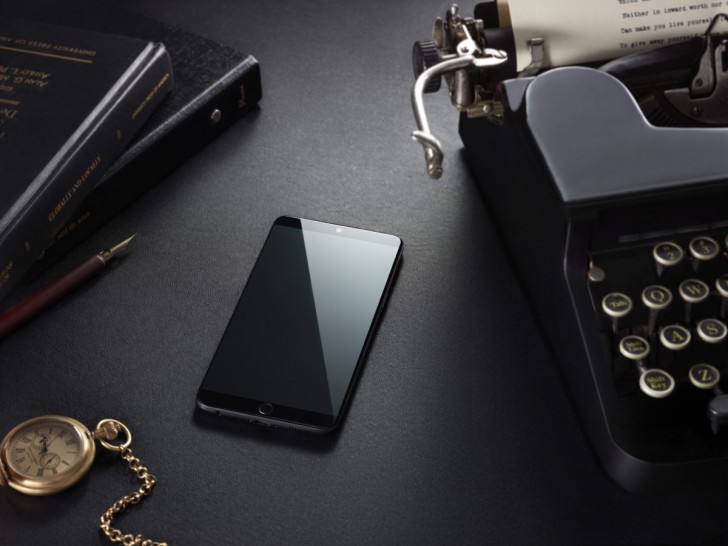 Meizu is quite proud of its new mEngine, a haptic feedback system that apparently provides the same level of quality as Apple's Taptic Engine.

There's a fingerprint reader that unlocks in just 0.08s, less than a blink of an eye. There's also facial recognition by Sensetime, a Chinese AI startup with a whopping $3 billion valuation.

The body of the 15 Plus is made of stainless steel aluminum composite material which supposedly has the feel of the steel but is as lightweight as aluminum.

The phone features stereo speakers and the notification LED is hidden inside the earpiece.

The battery has 3,500 mAh capacity and can be charged back up quickly over the USB-C port thanks to the bundled 24 W charger (12V at 2A).

Meizu 15 Plus will be available in Black, Gray, and Gold.

The Meizu 15 also has an AMOLED screen, but this is more or less where similarities end. This one has 1080p resolution and measures 5.46” in diagonal, making this a more compact phone. 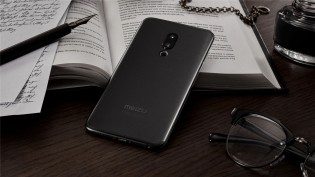 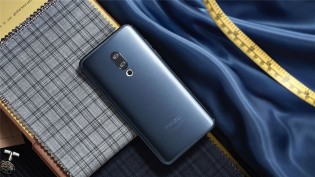 Meizu 15 in Black and Blue

The camera department is one of the few things that the two phones share. It's the same as the Plus model – 12 MP + 20 MP one with 2x telephoto lens, plus the 20 MP selfie camera. Only here there is no EIS, only OIS.

Meizu has brought back the ring flash for these three, and interestingly, there are 6 LEDs in the ring.

Meizu 15 will be available in White, Black, Blue, and Gold.

Meizu 15 and 15 Plus pricing and availability

Also, the chipset is a Snapdragon 626, which is focused more on efficiency than speed with its eight Cortex-A53 cores. The good news is that you still get 4 GB of RAM and 64 GB storage like the pricier model. 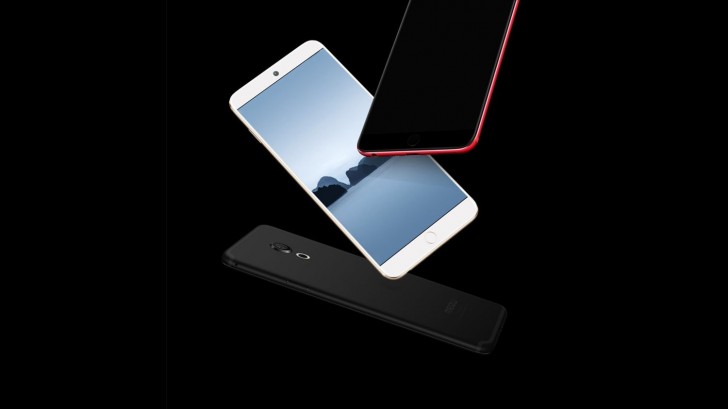 The Meizu 15 Lite gets a single camera on the back – a 12 MP sensor (1.4 µm pixels) and f/1.9 aperture. It boasts Dual Pixel autofocus, which is a surprise. The selfie camera is the same 20 MP shooter as on the other two models.

The 3,000 mAh battery is charged over a slightly slower (but still pretty fast) version of mCharge that pushes 18 W (9V at 2A). 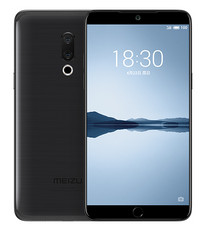 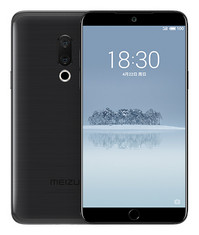 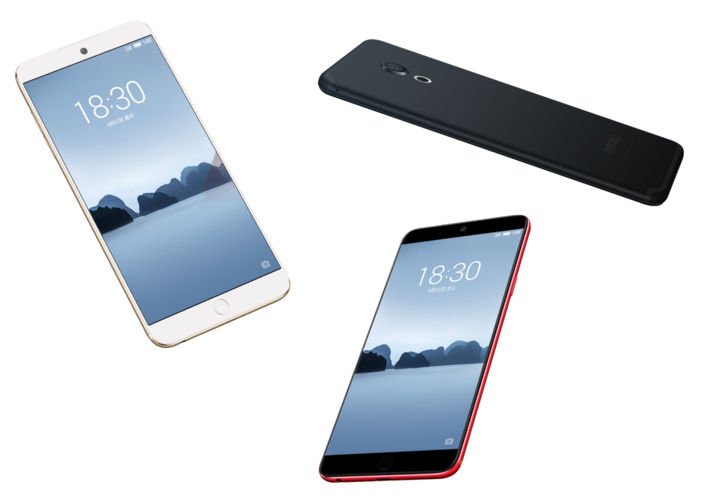 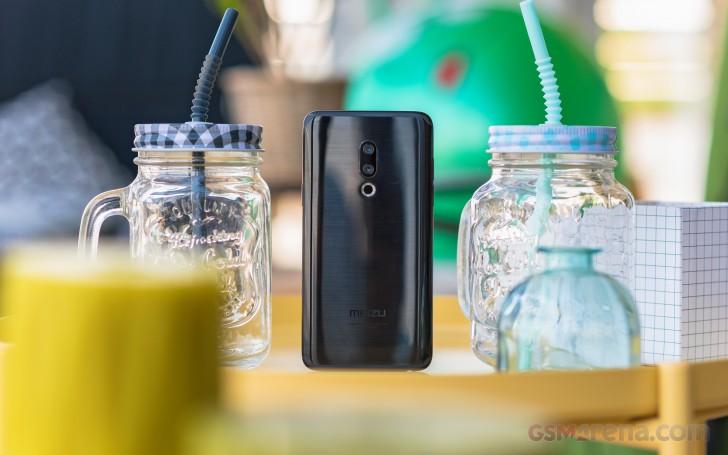