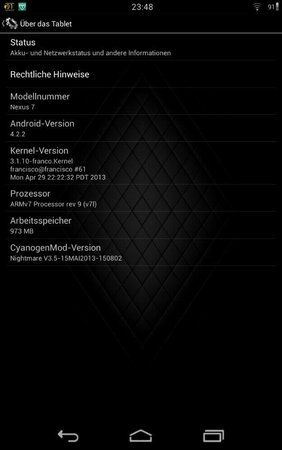 Zitat:
My travel with JellyBeer.

I started building JellyBeer in august 2012 and it's been almost a year of fun kanging things and developing this ROM. Last months i've been working together with +Nitish Saxena and +Benjamin Goodwin and we took JellyBeer to a level i never thought it would arrive while i was maintaining it by my own.

I've decided to not continuing building the ROM as i've found other projects more attractive to me. So, 4.20 was the last JellyBeer version i'll publish. I won't build the last changes in 4.30. My travel with JellyBeer has come to an end.

So, if anyone wants to continue my work on n7000, i9300 and/or grouper, talk with Ben or Nitish (benjamin.j.goodwin and toxicthunder in xda respectively). Meanwhile, i'll keep the threads open just for doubts or insults