Give me a week guys, i'm making steady and positive progress in developing an International API
​ 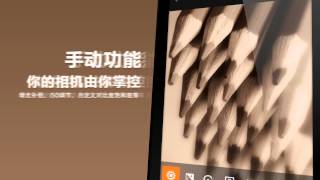 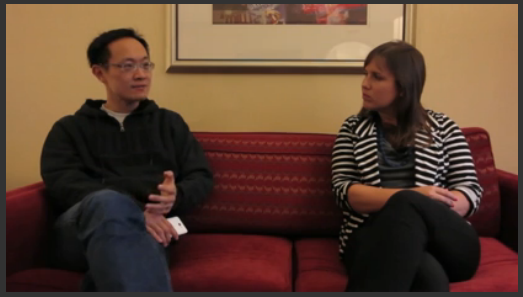 MIUI 4 Launcher Now Available For All Android ICS Devices
By A. Rehman on May 02 2012 Leave a comment

It’s been quite a while since the ICS-based MIUI v4 was ported to high-end Android devices like the Samsung Galaxy S II, but if you want to enjoy only the looks and feel of the ROM, this recent launcher port is probably your best bet. For those of you who don’t yet know, Android devices running non-MIUI ROMs have been receiving parts of an older version of the popular Chinese custom ROM in the form the standalone ports of its launcher, file explorer, music player, and lockscreen and other components at frequent intervals. This launcher is part of the newer ICS-based variant of MIUI.

The launcher and the app drawer are being offered by the developer in the form of a couple of different APKs on the XDA Developers’ forums. While installing the MiHome APK lets you enjoy the MIUI homescreen replacement/launcher, installing the MIUI Settings APK lets you test the experimental build of the customizable app drawer. The app drawer segment can be cited only as a formality or a cosmetic addition, since the launcher will anyways support all the various homescreens, complete with your installed apps and widgets. It must also be noted that installing the launcher replaces your Android’s homescreen as well as the lockscreen, but does not implement any changes to the status bar.

Although the MIUI Settings (Control Panel) app contains several options to customize the status bar in various ways, none of these options are currently functional apart from the last option, App drawer options. Said option lets you enable the MIUI app drawer feature. In addition, you can also select the preferred pull down position from where you wish to launch the app drawer, and specify the apps that you wish to be hidden.

Once you enable the app drawer option, and specify its custom position of launch, all you need to do is tap that particular point on the screen (at the top, right or left edge), and drag all the way down to reveal the app drawer. The ideal practice in this regard would be to place your finger at the specified point/edge (just beneath the status bar), and then drag your finger downwards from thereon.
Another good thing about the port is that it doesn’t restrict your access to your stock or other homescreen replacement apps that you’ve installed. As with all other launchers, this ported version of MIUI works fluently, and can be replaced with an alternative if required. The expanded system toggles, that have always been my personal favorite from MIUI, are featured in the port in the form of an expandable widget.

Tapping Menu while on any homescreen lets you edit/add a widget of choice, change/download a custom wallpaper and/or preview your various homescreens, and head over to the launcher’s main settings.
Looking at the settings screen, we have plenty of options to tinker with. These include the option to set a custom transition effect while switching between various homescreens, setting a custom wallpaper and wallpaper scroll effect, togging the icon shadows On/Off, enabling/disabling and downloading custom lockscreens, and availing the one-key locker option to lock your device with a mere tap of a soft key/icon.

We’ve tested the ported launcher on Samsung Galaxy S GT-i9000 (running ICS 4.0.3), and can confirm that both the launcher as well as the app drawer work absolutely flawless. Going by the developer’s word, the non-functional options on the MIUI app drawer settings screen will be made functional soon to provide users with an altogether fresh and enhanced level of launcher customization on their Android devices.
Both the APKs can be downloaded from the developer’s XDA forums page (link provided below), which also lists the method of installing the MIUI launcher, as well as the app drawer.
[via XDA-Developers]
e) Datenbank Wissenswertes

I even sent him all my source code and new features. Thanks to everyone for that all support comments, but this is the end, I can't continue the development by myself

Hi, xda people, this is my first app. It's an alternative app drawer (launcher independent) in which you can choose between GRID view (default on all launchers), LIST view (WP7 like) or HORIZONTAL PAGED view (iPhone like). Perfect for people who doesn't have a drawer, like MIUI users, but avaiable for everyone who wants an highly customizable drawer: you can change any option you want

KNOWN BUGS:
IDEAS FROM ME AND USERS (Maybe coming soon, maybe not):
TRANSLATIONS:
And, finally, the apk. It's free and full. Not ads, not lite version.


Obvious tip: Move a shortcut of AltDrawer and replace the old app drawer of your launcher

IMPORTANT, IF YOU'RE ROOT DO THE FOLLOWING:
PREVENT ALTDRAWER FROM CLOSING WHEN IT IS IN BACKGROUND

If you're not root, don't worry you can use the app perfectly too (But you should think about becoming root, it rocks

Thanks to NiMH_999 for this trick

If you like to design the new AltDrawer icon, just follow this points and send me a PM with your design

WINNER OF THE CONTEST: ebbinger_413

Full changelog will be published tomorrow morning.
Thanks,
Mark
​
Q

December 23rd, 2011 by Mark
Hi everyone,
Sorry for the delay in 1, posting this and 2, getting the ROMs done. Naturally as you will appreciate at this time of the year we are all very busy and our time is not 100% dedicated to just this project.
1.12.23 for the Nexus S will be uploaded soon, probably tomorrow by the time I get the other ROMS all done.
Im working full time so please keep this in mind too!


Roms will be postponed till Sunday this week, as family circumstances have occurred.

Camcorder (720p HD Recording working, use this fix by me)

Couple of minutes of discovery,

-Based on 4.0.3 IML74K
-Based on Pawitp's stock 3.0.8 ICS kernel (Now you can use other kernels like DevilM0D)
-Data 3G/H is not working (tried on JVS and JVT modem)
-Lags abit
-Camera Not Working
-Alot of bloatwares
-Boot Animation is not loaded
-Wonderful UI made...
-FC once in a while for some apps...
-You cant change your 3G Preferred connection

All is working except:
-Calendar sync

this rom is not made by my all time partner ali Khalid, but this time I have a new team mate daxinfinity who is a New member of team doctorZ. Right now the rom is based on galnet's miuiv4 for sgs which is unofficial miuiv4 for sgs but we will move our base to miuiv4 official as soon as it is released. The main aim for this rom will be to provide good battery life, stability and smoothness to its users. If someone doesn't knows what miui is then open en.miui.com. in brief, miui is one of the most famous custom roms out there in the wild for android. It is an AOSP rom and is highly customizable and provides better experience than Samsung based roms. miui officially releases a rom update every Friday but galnet doesn't , there releases are on different dates.

features and what all we have fixed till now. -

*based on latest galnet miuiv4 build

*fixed ics keyboard auto correction problem, Which was not working in latest release by galnet.

*fixed fancy video effects which aren't working with any other ics rom(I think so).

*more which I don't remember but will add if I remember. Overall rom is smooth and stable.


*automatic time zone won't work. You will have to set your time zone yourself or it will remain on GMT +00. This is not a bug from our side, this isn't working from the base galnet miuiv4 itself.

*default search engine in browser is set as baidu, change it to Google from browser settings. This is not a bug from our side, this isn't working from the base galnet miuiv4 itself.


*market shows the 'wifi' suggestion in many apps which it should not as those apps aren't very big sized. Not a big problem, again this is not from our side. Base bug.

*settings--sound will result in force close for some people but not for everyone . Use 'THEMES' app to change sounds and notification settings.


DOWNLOAD LINK FOR drZMIUIv4 BETA 3.1 (pls download from this hotfile link if u can, to support us.) -

*you can flash this rom from any gingerbread/ics rom you are on .

NOTE- rom is still in beta so you are using the rom on your own risk we are not responsible for any thing that may happen to your phone. Also you can't complain for any bug or a missing feature as the rom is in still beta.

Galnet and his team

DerTeufel1980 for his amazing kernel.


Hit thanks guys if u like and appreciate our work

you can donate to me or daxinfinity or ali khalid or perka (lols so many of us ) if u like our work . .